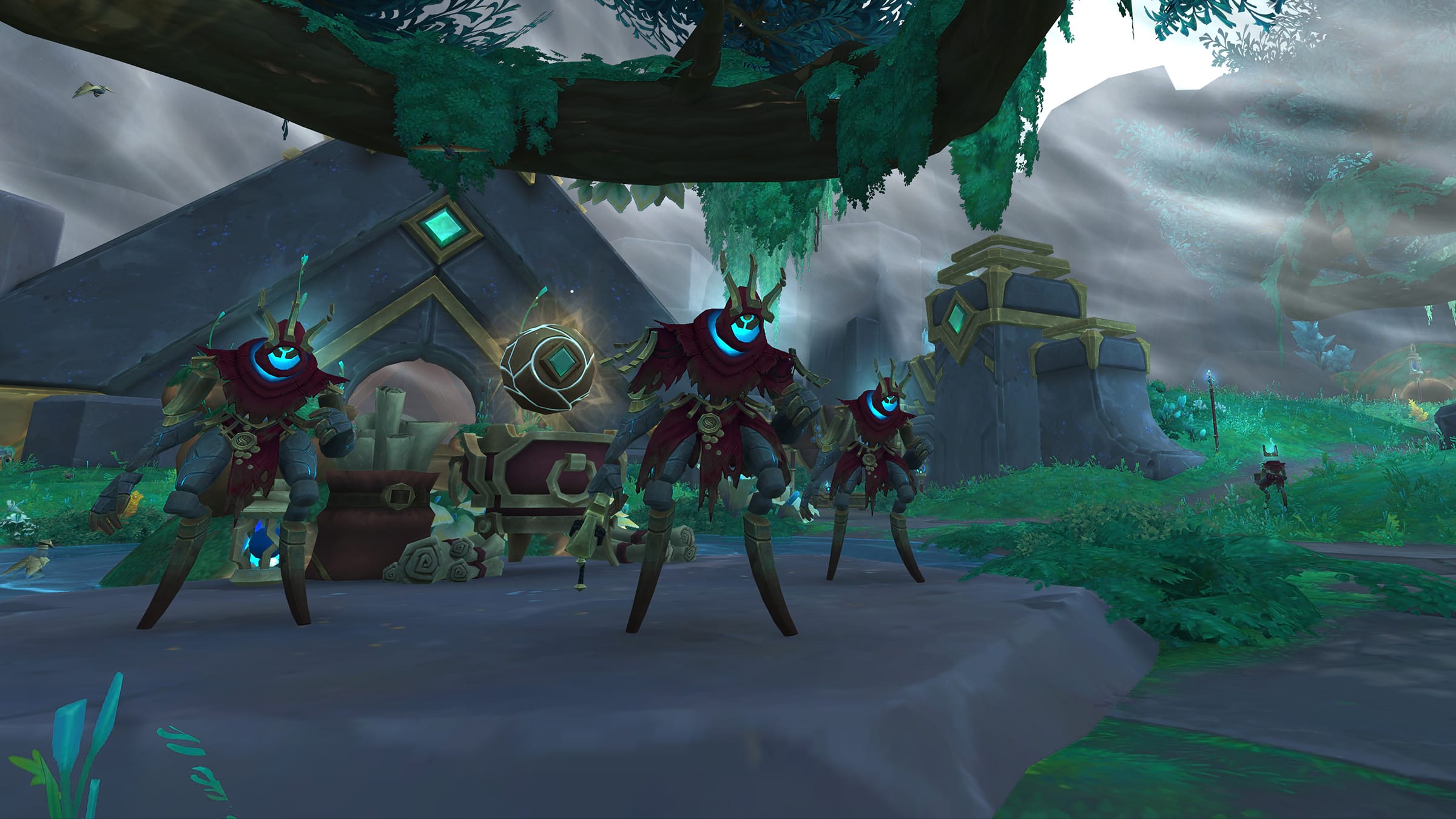 TORGHAST, TOWER OF THE DAMNED

ZERETH MORTIS
Zereth Mortis was created by the First Ones as a workshop to create afterlives. Its denizens—the automa—have built all that exists in the Shadowlands. It is a strange, otherworldly location that defies all concepts of reality or physics. The Jailer intends to use the secrets of Zereth Mortis to reshape reality and bend it to his malevolent will.