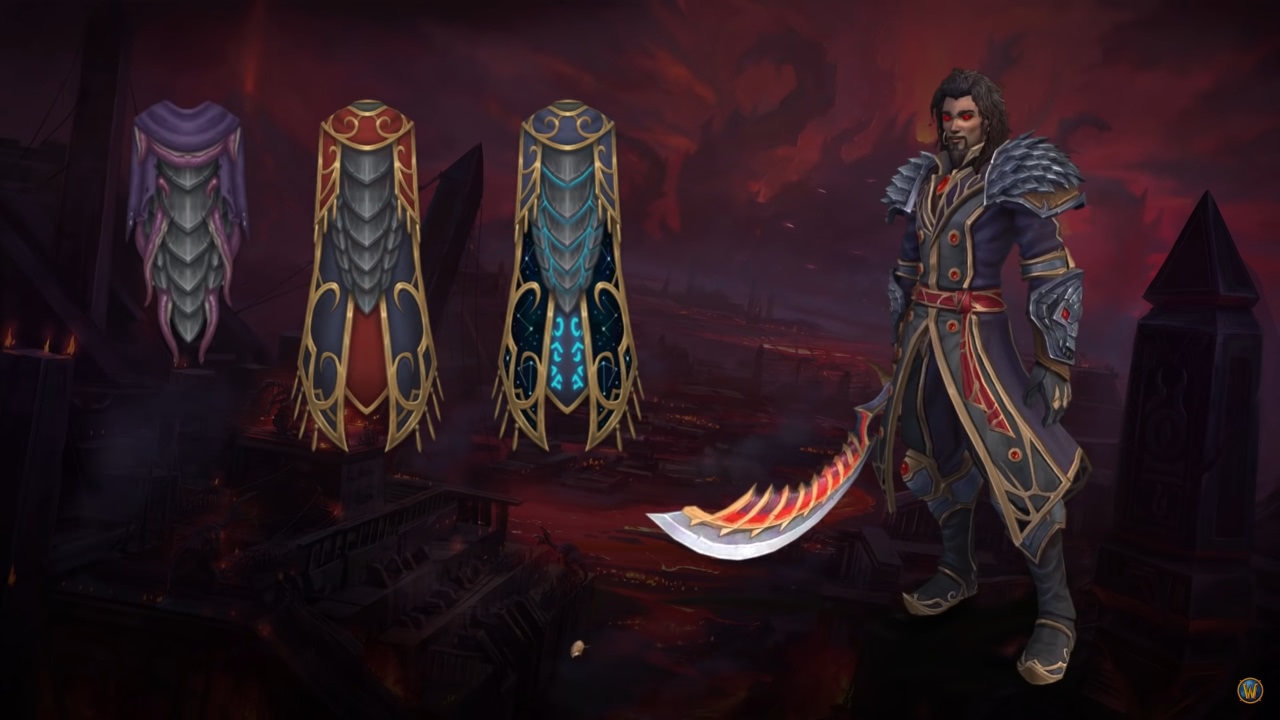 We’re working on an update to the game that we expect to roll out in the coming week. We plan to make improvements to the process of obtaining Corrupted items on max-level characters and also streamline upgrading the legendary cloak Ashjra’kamas.

Our goal with this update is to speed up the power progression of new level 120 characters, while giving established endgame players more agency in pursuing the Corruption effects they most desire.

In our last update, we added Echoes of Ny’alotha, a new currency available from most Visions of N’Zoth content, which can be used to directly purchase Rank 3 Essences that have already been unlocked on a different character. We plan to expand the availability and purpose of this new currency. Now, once any character completes the legendary cloak questline, they will immediately begin earning Echoes of Ny’alotha from all of the usual sources.

Echoes of Ny’alotha will be much more abundant than before. As we expand the usefulness of Echoes of Ny’alotha, we want to ensure that players who haven’t felt the need to accumulate them don’t feel disadvantaged, so we will be increasing both the droprates of Echoes and their costs by a factor of 5. This means that when these changes take effect, a Major Assault will award 625 Echoes, up from 125. The cost to purchase an Essence will also increase by the same factor, from 500 to 2500 Echoes.

If you are planning to purchase a Rank 3 Essence with Echoes of Ny’alotha that you’ve already earned, you should do so now, before these costs change.

We’re also reducing the requirements for any quest step in upgrading the cloak from Ranks 1 to 15 that previously required multiple Horrific Visions. Each Rank can now be achieved in a single Horrific Vision. For example, upgrading your Rank 13 cloak to Rank 14 will now require 2 Torn Pages of “The Final Truth” (was 6), so if you’re currently in possession of 2 or more pages, you’ll turn them all in and immediately complete that quest. The following quest to upgrade from Rank 14 to 15 will then require that you go get 2 more new Torn Pages (was 8).

The requirements for further minor upgrades to the cloak after Rank 15 with Malefic Cores have not been changed.

MOTHER will also offer Vessels of Horrific Visions in exchange for Echoes of Ny’alotha, providing an additional source of access to Horrific Visions that does not require completion of Assaults.

You can use a Preserved Contaminant to apply the Corruption you purchased to any uncorrupted item that can be Corrupted, much like an enchant. Here are some sample costs for MOTHER’s updated offerings:

We highly suggest that you purchase any Rank 3 Essences that you want and can afford as soon as possible.

Due to a technical limitation, items that have been cleansed cannot be re-corrupted. We are looking into whether it will be possible to fix this, but we don’t want to hold up the whole system in the meantime.

All of the previous ways that Corrupted items and Vessels can be acquired are still in place. The changes above are meant to supplement those sources and provide you with more options and control in pursuing your goals.